127 Hours is a 94 minutes movie released in the year 2010. The director of the movie is Danny Boyle and on the starring list are names such as Sean Bott, Amber Tamblyn, James Franco, and Kate Mara. The movie is the most kinetic survival story we ever seen. The movie plot is based on a true story. On short, a movie hiker canyonnering alone in Utah mountains, near Moab, becomes trapped when he got his arm struck under a boulder. The main character, Aron Ralston, is played by James Franco. In order to survive he needs to resort to desperate measures and frees himself with a pocket knife. The movie is brutal and suspenseful. 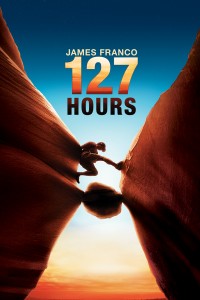 Alive is a 120 minutes movie directed by Frank Marshall and released in movie theaters 1993. On the starring list are actors such as Bruce Ramsay, Vincent Spano, Ethan Hawke, and Josh Hamilton. The movie plot is based on a true story of a Uruguayan rugby team stranded in the snow of the Andes mountains after a plane crash. In order to survive they need to use desperate measures, including even cannibalism.

Touching the Void is a 106 minutes documentary released in 2003. The director Kevin Macdonald tells the true story of a mountain climbing expedition in the Peruvian Andes, in the year 1985. Among the actors who played in this docudrama were Nicolas Aaron, Brendan Mackey, Joe Simpson, and Simon Yates. 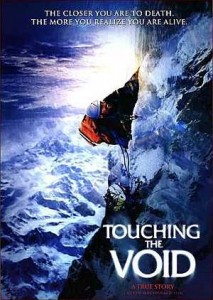 Buried is a 95 minutes movie released in 2010. The director is Rodrigo Cortés and among the actors who play in the movie are names such as Stephen Tobolowsky, José Luis García Pérez, Ryan Reynolds, and Robert Paterson. The movie tells the story of Paul, a U.S. track driver who works in Iraq. He wakes up to find that he is buried alive inside a coffin, after an attack by a group of Iraqis. His only tools are a cell phone and a lighter. He fights for survival to escape the death trap in a race against time.

This 148 mintes movie directed by Sean Penn in 2007 tells the story of a top athlete Christopher McCandless. After graduation from Emory University the former top student gives his entire savings account to charity and goes to Alaska for a life in the wilderness. His character is defined by the personages he encounters along his path. Among the actors starring in this movie are Marcia Gay Harden, Emile Hirsch, Catherine Keener, and Vince Vaughn. 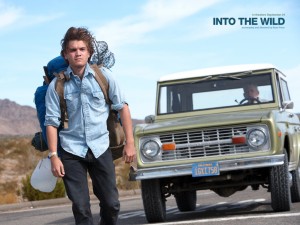 This 143 minutes movie was released in 2000. Robert Zemeckis, the director of Cast Away, tells the story of a FedEx executive who survives a crash landing on a deserted island. It is a modern day Robinson Crusoe story of survival in the wilderness. The hero have to find ingenious ways to manage alone on the deserted island. The starring list includes Lari White, Paul Sanchez, Helen Hunt, and Tom Hanks.

There are many good survival movies released over the years, but we consider 127 Hours, Alive, Touching the Void, Buried, Into the Wild, and Cast Away the top survival movies ever.